Add this event to any of these calendars

Get directions on Google Maps

If you have any questions please contact AIG Program Support at programsupport@inspectorsgeneral.org or +1 2122378001.

Data Analytics and IT Auditing

We do not require individuals to be vaccinated; however, we strongly recommend that attendees get vaccinated prior to their arrival. While we respect everyone's choice, we recognize that getting vaccinated is the best protection against exposure to or spreading the Covid-19 virus.

For assistance with membership matters, including updating your contact information or renewal, contact Member Services at memberservices@inspectorsgeneral.org.

For more information regarding refunds, concerns and program cancellation policies please go to: 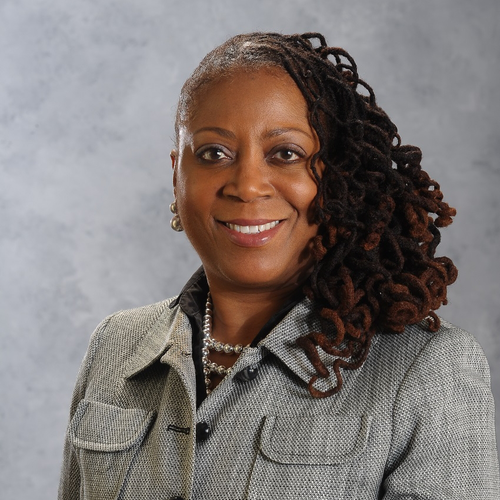 Maxene M. Bardwell, CPA-CITP, CFE, CIGA, CIA, CISA, CRMA, is the Acting Inspector General for WSSC Water in Laurel, Maryland where she leads a team of Office of Inspector General staff who routinely help save the agency and its customers millions of dollars each fiscal year through various audits, risk mitigation efforts, and the deterrence of fraud, waste and abuse. Maxene earned her master’s degree with a finance concentration from Notre Dame of Maryland University and a bachelor’s degree with an accounting concentration from The Ohio State University. Maxene is currently the Vice President of the Board of Directors for ISACA-CMC, member of the America Institute of CPAs (AICPA) Auditing Standards Board, Vice Chairman for the City of Laurel Maryland Ethics Commission, and Executive Committee member of the Board of Directors for the Association of Inspectors General (AIG) and Maryland Association of Certified Public Accountants (MACPA). Maxene is also a Course Manager for the AIG’s Inspectors General Institute and Mentor for the MACPA’s Mentor Program. She is the AICPA’s 2021 Outstanding CPA in Local Government Award Winner. 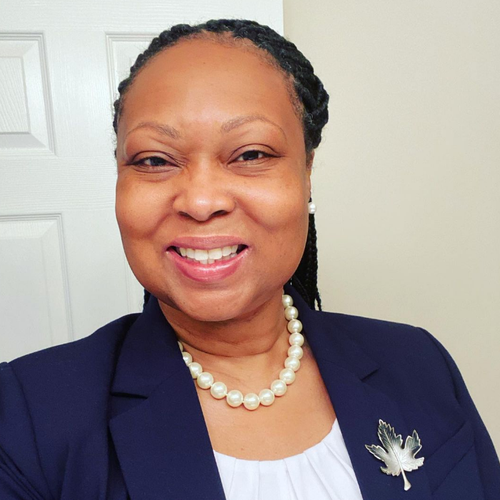 Natalie M. Beckwith holds a Bachelor of Business Administration in Accounting from the University of the District of Columbia and a Master of Public Administration with a concentration in Public Policy and Management from Bowie State University. While still a student at Bowie State University, Natalie created the MPA Comprehensive Examination Tools for Success Guide and was instrumental in implementing the one day Comprehensive Exam Study Workshop.

Natalie currently serves as an Assistant Inspector General with the Maryland-National Capital Park and Planning Commission’s Office of the Inspector General where she specialized in policy compliance, fraud, waste and abuse and management advisory services. Prior to being employed with the Commission, she was a Senior Auditor with the Office of Audits and Investigations with the Prince George’s County Government’s Legislative Branch. 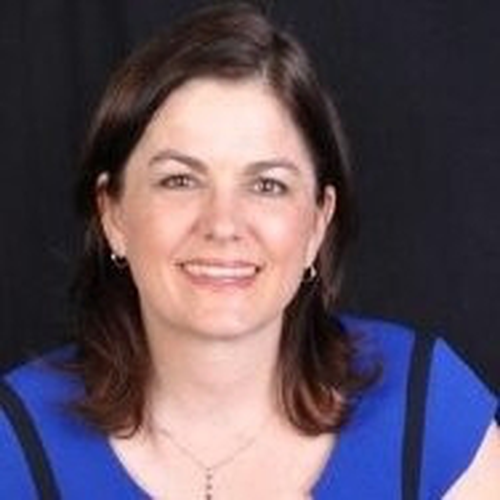 Kate M. Head is currently the Associate Director of Audit for the University of South Florida, in Tampa Florida. She has over 30 years of experience in internal audit and investigation within a governmental audit shop and over twenty years of experience in data analytics. Kate manages a team of nine auditors including 3 IT Auditors. Prior to being employed with USF, she worked for Texas A&M University in College Station, Texas and for Ernst & Young in Audit and Litigation support. Kate’s passions include risk assessment, information technology, and fraud prevention, detection and investigation. Under Kate’s direction, USF has been using ACL (Galvanize) to implement and grow a data analytics program for over 20 years. Kate routinely presents on data analytics and how to enhance the IT skill sets of operational auditors. 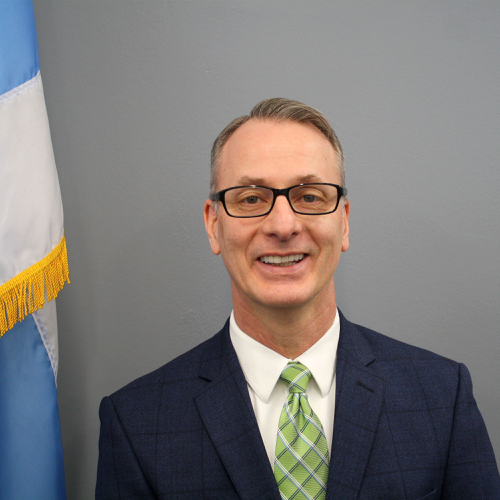 Darwyn Jones currently serves as the Deputy Inspector General, Audit and Program Review for the City of Chicago, OIG. In 1991, after graduating from Southwest Missouri State University with a degree in accounting; Mr. Jones started his career with Walmart, where he served as a staff auditor, senior auditor, regional audit supervisor for internal audit, audit manager, information systems business analyst, and information systems international business analyst. In 2001, Mr. Jones became the IT Audit Manager for Thomas and Betts Corporation. Since 2007, Mr. Jones has been employed by the City of Chicago OIG where is currently serves as their Chief Performance Analyst. Mr. Jones serves as the Treasurer on the Board of Directors for the AIG Illinois Chapter; is a Certified Inspector General Auditor and has twice been recognized for managing audits by the Association of Local Government with the Distinguished Knighton Award. 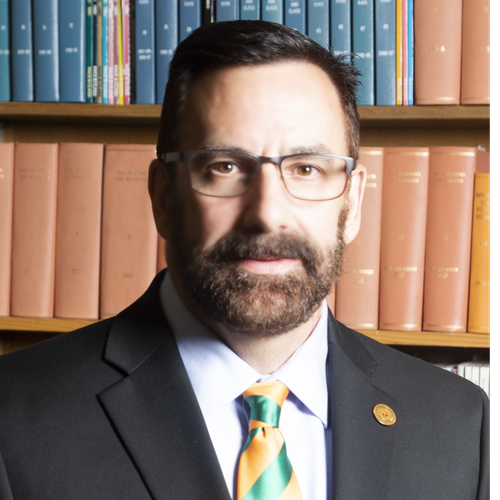 Joe and his wife Tracey reside in Tallahassee, Florida. In his personal life he prides himself on being a devoted husband and father of four, third degree black belt in TaeKwonDo, proficient woodworker/handyman, avid runner, triathlete, and obstacle course racer. 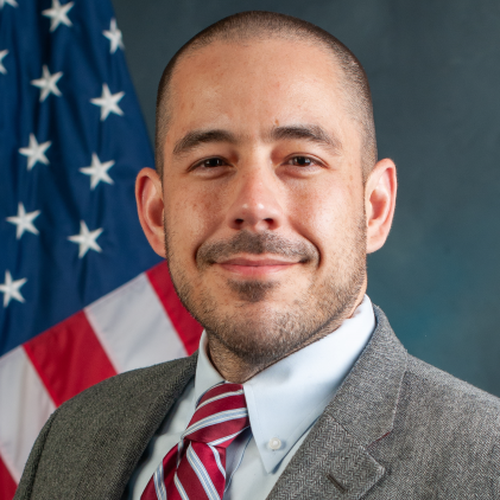 Mr. Martinez is a Senior Analyst with GAO’s Forensic Audits and Investigative Service team. He has led and performed a variety of performance audits of federal programs, including those managed by the United States Federal Communications Commission, Food and Nutrition Service, Small Business Administration, Administration for Children and Families, Export-Import Bank of the United States, Transportation Security Administration, and the Department of Education. He has over 13 years of auditing experience with GAO. He also became a certified GAO instructor in 2020 and teaches GAO auditors on the application of Standards of Internal Controls in the Federal Government (i.e., “The Green Book’). He is also a Certified Fraud Examiner and Certified Inspector General Auditor. He is also a member of the Association of Inspectors General (AIG) and served on the Board of Directors and Training Committee for AIG’s District of Columbia (DC) chapter, which provided a number of inexpensive auditing and investigative training to the IG community within the DC area. He received his MPA degree from the Inspectors General Program at John Jay College and graduated with a BA from the University of Maryland at College Park. 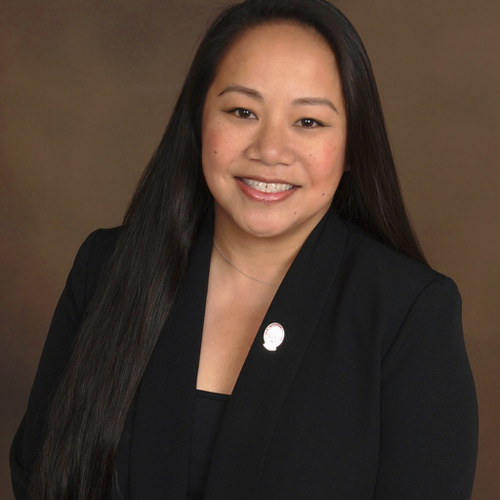 Mrs. Miller is a Team Leader for Inspector General Assessments for the Florida Commission for Law Enforcement Accreditation (CFA) and has completed over 25 assessments (mock, onsite, and technical assistance) as both Team Leader and Team Member. She has also completed approximately 20 Peer Reviews, serving as both Team Leader and Team Member for the Association of Inspectors General Peer Review Committee, and is the current Chair of the AIG's Peer Review Committee. Mrs. Miller is an instructor for the Florida Police Accreditation Coalition (FLA-PAC) and the AIG Institute. She holds certifications as a Certified Inspector General Investigator (CIGI) through the AIG and Certified Accreditation Professional (CAP) through the FLA-PAC. In her downtime, Mrs. Miller is active in the martial arts community with her husband sanctioning amateur competitive events through the Florida Boxing Commission, as well as in the Bahamas. 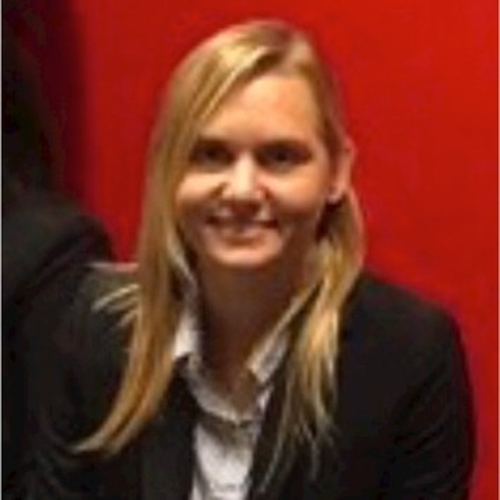 Erica Smith graduated from the University of Florida with her Master of Accounting in 2005 and Bachelor of Science in Accounting in 2003. Erica Smith started her career as an auditor with KPMG, LLP in Miami, Florida. She transferred to the New Orleans office in 2008. In 2010, she joined the City of New Orleans Office of Inspector General (OIG) and has served as the Deputy Inspector General for Audit since March 2016. During her tenure, the audit department has identified approximately $21 million in savings to the City of New Orleans.

Erica Smith is a Certified Public Accountant (CPA), Certified in Financial Forensics (CFF), a Certified Fraud Examiner (CFE), and a Certified Inspector General Auditor (CIGA). She is also an adjunct instructor at the University of New Orleans and University of Holy Cross in New Orleans where teaches Advanced Accounting, Auditing, and various other accounting- related courses. Erica has presented to the Institute of Internal Auditors (IIA), the Association of Certified Fraud Examiners (ACFE), and the Association of Inspectors General (AIG) on various fraud-related topics. 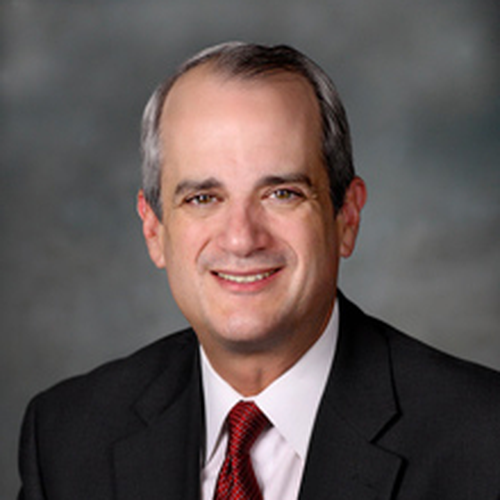 Stephen Street has served as Louisiana's Inspector General since 2008, and was recently elected to a fourth term as President of the National Association of Inspectors General (AIG), an organization comprised of over 2,000 members from the Inspector General, Law Enforcement and Oversight communities of the United States, U.S. territories, and several foreign countries. The mission of the Louisiana Inspector General is to investigate white collar criminal and public corruption cases, and to root out and prevent fraud and corruption in government.

Mr. Street received his law degree in 1989 from the Paul M. Hebert Law Center at Louisiana State University. Most of his 30 plus years as an attorney have been spent in the field of criminal law at the state and federal levels, first as a criminal staff lawyer with the Third Circuit Court of Appeal in Lake Charles, and then later both defending and prosecuting serious criminal cases. Mr. Street has extensive experience as lead trial counsel in a wide variety of cases, from capital murder to complex white collar and economic crime.

Since becoming Louisiana's Inspector General, Mr. Street has overseen the transformation of the office from an internal audit shop into a fully functioning statutorily empowered law enforcement agency. Experience has demonstrated that the most effective way to ensure integrity in government is to hold those who violate the public trust criminally accountable whenever the evidence warrants. In addition, other desired outcomes, such as improved internal controls and safeguards designed to better prevent and detect criminal fraud and corruption, are often achieved more quickly and with greater public support in the wake of successful criminal prosecutions. The Louisiana OIG therefore focuses primarily on fraud and public corruption investigations, with results that speak for themselves. Since transitioning to law enforcement, the Inspector General has experienced great success, working numerous criminal cases, both independently and with law enforcement partners. (Case highlights available at www.oig.louisiana.gov).

Mr. Street is a Certified Inspector General (CIG), and regularly conducts training for law enforcement, prosecutors, inspectors general and other oversight personnel on white collar and economic crime investigation. He was recently elected to the Board of Directors for the National White Collar Crime Center (NW3C), and also continues to serve as an NW3C Adjunct Instructor, teaching courses on Financial Investigation Practical Skills (FIPS) offered to law enforcement throughout the United States. 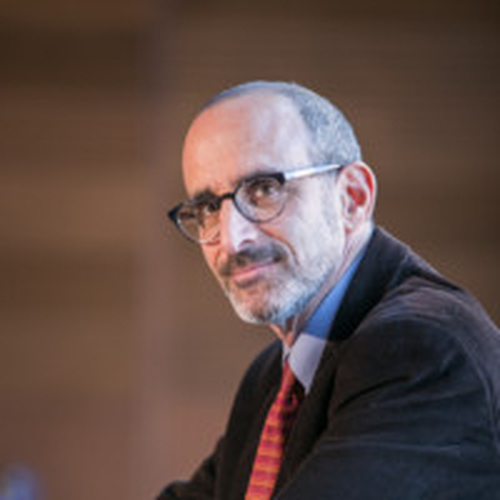 Phil is also a retired professor from the City University of New York, John Jay College of Criminal Justice, Department of Public Management. In his retirement he continues to teach graduate level courses and seminars in professional writing and government inspection and oversight.

From 1998 to 2010, Phil served as the Inspector General for the City of Yonkers, NY. In 2011, he supervised investigations into conspiracies involving claims for compensation for damages incurred as a result of the BP/Deepwater Horizon offshore oil well explosion and oil spill in the Gulf of Mexico.

He received his law degree from American University, Washington College of Law in 1986. He earned his Inspector General Certification from the Association of Inspectors General in 2002.